Canada’s Northwest Territories is a federal area. It is the second-largest and the most populous of the three territories in Northern Canada. Founded in 1934, the city of  Yellowknife became the territorial capital in 1967. Its rich indigenous history, languages, and cultures of First Nations, Metis, and Inuit. It offers modern amenities and attractions, including the Prince of Wales Northern Heritage Centre, walking trails, and the breathtaking northern lights most visible between late August and mid-April. Winter events include the Frostbite 45 ski, the Diavik 150 Canadian Championship Dog Derby, and the SnowKing Winter Festival, while summer events include an outdoor music festival in Yellowknife known as Folk on the Rocks,  featuring local, national, and international artists. Watch this video to discover the expansive beauty.

The Northwest Territories are comprised of both boreal forest, and tundra and its most northern regions form part of the Canadian Arctic Archipelago.

Just for Fun Facts about the Northwest Territories 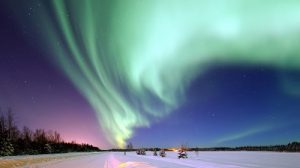 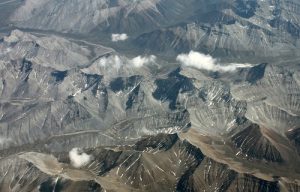 A major industry in Canada’s Northwest Territories is mining. Its geological resources include gold, diamonds, natural gas, and petroleum.  Another industry that is based on the beauty of the land, sea, sky, and majestic views is the tourism industry. During the winter, many international visitors go to Yellowknife to watch the Aurora Borealis light up the northern sky. There are several major parks of note. They include Nahanni National Park Reserve, Nááts’ihch’oh National Park Reserve, Aulavik National Park, portions of Wood Buffalo National Park, and Tuktut Nogait National Park, in the north.

If you are thinking of investing in the NWT, let our immigration and business experts assist in the process. Just call us at 001 604-362-1969 or email our team at info@mbis.ca. If you can handle the cold, there is a lot of beauty to behold in the NWT.