Find out more about Saskatchewan and get a sense of the landscape by watching this video. Read on to decide and why you might just be interested in visiting, working, or making this province your permanent home. It is a prairie and boreal province in western Canada, the only province without a natural border. Nearly ten percent of it 651,900 square kilometers, is freshwater, composed mostly of rivers, reservoirs, and the province’s 100,000 lakes. Saskatoon, the province’s largest city has a significant Indigenous population and several urban Reserves. There are nine river crossings in Saskatoon, nicknamed “Paris of the Prairies” and “Bridge City.” It gets a lot of sunshine and experiences a cold semi-arid climate in the winter.

There is a strong indigenous culture throughout the province, mainly represented by Cree or Dakota and to a lesser extent Saulteaux, Assiniboine, and Denet. 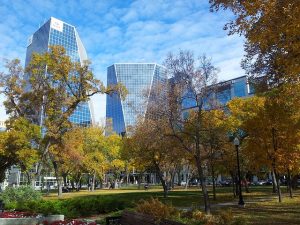 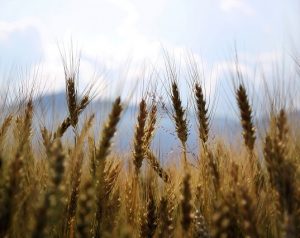 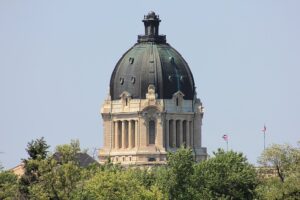 Cities that you may wish to settle in include the provincial capital Regina, Saskatoon, Prince Albert, Moose Jaw, Yorkton, Swift Current, North Battleford, Melfort, and the border city of Lloydminster.

The province’s economy is based on agriculture, mining, and energy. If you are interested in applying to work in any of those sectors this province has a lot to offer. Please see the Saskatchewan Farm Owner/Operator Category for details on the requirements of that program. Known traditionally as a farming province, increasing diversification and evolving times have meant that agriculture, forestry, fishing, and hunting comprise just 6.8% of the province’s GDP. Wheat is the crop most associated with the flat prairies of Saskatchewan, however, it also produces other grains, including mustard seed, canary seed, canola, flax, rye, oats, peas, lentils, and barley. Cattle farming also takes place in the province and horses can be found on many a farm. Over 9 million people visit Saskatchewan every year accounting for 70% of Saskatchewan’s workers obtaining their first job in the tourism industry in the cities and in the far reaches of the province as people enjoy the natural resources of the province.

Saskatchewan has a rich history of welcoming immigrants. In fact, so many came from Europe in the late 1800s and early 1900s that a once larger province had to be split into two to help process all the newcomers, many of whom were ready to clear and farm the land in harsh conditions as they build the province. Saskatchewan is Canada’s only province with man-made boundaries, as opposed to natural boundaries like rivers. See more about the province’s development.

Below are several Wikipedia links found on Saskatchewan: