New Brunswick is one of four Atlantic provinces on the east coast of Canada. According to the Constitution of Canada, it is the only bilingual province. About two-thirds of the population declare themselves anglophones and one-third francophones. One-third of the population describes themselves as bilingual. Atypically for Canada, only about half of the population lives in urban areas, mostly in Greater Moncton, Greater Saint John, and the capital Fredericton. Many newcomers enter through the Atlantic Immigration Pilot, using their skilled labour as the basis of their application.

Watch this video for an overview of life in the province.

If you are just visiting check out New Brunswick’s many museums, and historic places, including Fort Beauséjour, Kings Landing Historical Settlement, and the Village Historique Acadien, the New Brunswick Museum in Saint John, designated as the provincial museum, as well as a number of other museums. The coastline is amazing, with lots of sites to see, along with quaint brightly coloured houses, giving the area extra character. Visit the Bay of Fundy, the most prolific waters in the world. 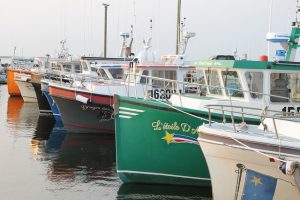 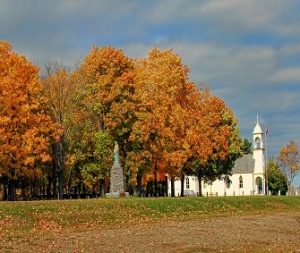 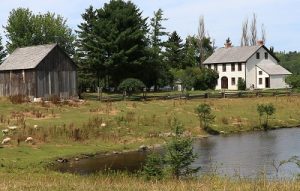 Many workers are employed in the field of agriculture in New Brunswick, shipping products worth over $1 billion, half of which is from crops, and half of that from potatoes, mostly in the Saint John River valley. McCain Foods is one of the world’s largest manufacturers of frozen potato products and is based in New Brunswick. Other products include wild blueberries, cranberries, apples, and maple syrup. Livestock represents a good chunk of the farming sector, nearly half of which is dairy. Other sectors include poultry, fur, and goats, sheep, and pigs. And let’s not forget fishing. Once a more thriving industry, it is now depleted, along with forestry, but both are still going on in a more controlled environment. Another minor industry, mining produces lead, zinc, copper, and potash.

If you are looking to visit, work or invest in New Brunswick and need advice and guidance with the process, call Migrating Bird Immigration Services Inc. at 001 604-362-1969. We are experts in immigration law and business family sponsorships, work permits, and more.