Home / About the Yukon

The Yukon is home to vast expanses of beautiful, pristine wilderness. The indigenous peoples in the territory include the Tlingit, Inuit, and Métis nations. Visit the Council of Yukon First Nations Natural History for more from their perspective.

There is not a lot about the Yukon economy that stands out as somewhere to apply to for work unless it is extremely specialized, such as in the mining industry. That said, the territory does have programs for foreign workers. The Yukon Express Entry, Yukon Skilled Worker Program, and Yukon Critical Impact Worker Program are available to those interested in exploring Canada’s north country. Some of the positions may be seasonal, given the harsh winters experienced that far north. As our planet warms, we fully expect the territory to expand in population and growth on many levels.

This is the smallest and westernmost of Canada’s three territories (the other two are the Northwest Territories and Nunavut). It lies in the northwestern corner of Canada. It is characterized by rugged mountain chains. It borders Alaska to the west, British Columbia to the south, and the Northwest Territories to the east. The Yukon was part of the great Klondike Gold Rush which began in 1896. It has the smallest population of any province or territory in Canada,  although it has the largest city in any of the three territories. Whitehorse, the Yukon’s only city. The name Yukon refers to the Yukon River which runs through the territory.
See what The Canadian Encyclopedia has to say about The Yukon.

The Yukon was split from the Northwest Territories in 1898 and was originally named the Yukon Territory and is still referred to as such. Though officially bilingual (English and French), the Yukon Government also recognizes First Nations languages and respects the role the indigenous peoples have in the culture. There are many fine artisans in the north creating fine furniture, beautiful soapstone sculptures depicting their life in the arctic, as well as those using needle and thread and beads to produce beautiful garments and handicrafts. Along with manufacturing, the government sector, and hydroelectricity are important industries in the region. Traditional industries of trapping and fishing have declined for the northern people of Canada. 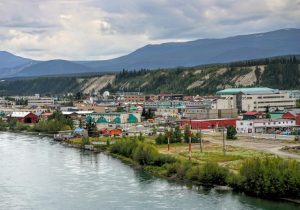 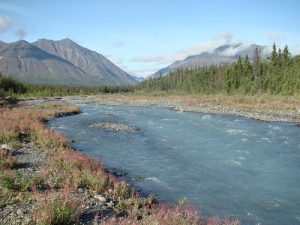 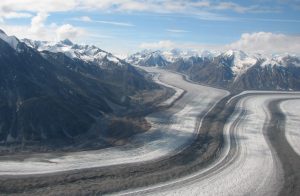 At 5,959 m (19,551 ft), Yukon’s Mount Logan, in Kluane National Park and Reserve, is the highest mountain in Canada. Most of the territory has a subarctic climate, characterized by long, cold winters and brief, warm summers. The Arctic Ocean coast has a tundra climate. Notable rivers include the Yukon River, as well as the Pelly, Stewart, Peel, White, and Tatshenshini rivers.

Migrating Bird Immigration Services Inc. help with resumes, documents, records, and producing a strong package to help with your application. Take advantage of expert help when applying to Canada’s Yukon Territory Provincial Nominee Program. Contact us at 001 604-362-1969 for a free assessment.