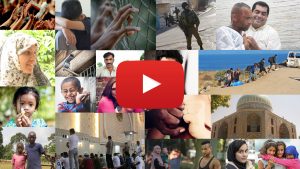 Through developing Canadian Refugee Programs and working with the UNHCR, Immigration Refugee and Citizenship Canada, this country has a long history of welcoming people from around the world into its fold and offering protection. At Migrating Bird Immigration Services Inc., we are proud to live in a country that has offered so many Convention refugees asylum and a chance at a new life, free from intolerance, discrimination, persecution, punishment, imprisonment, and the ravages of war, famine, and other environmental and economic hardships. Go Canada!

At MBIS, it is our fervent goal to provide a stream by which the persecuted, oppressed, and overwhelmed by other forces that endanger their well-being may find a safe haven. Building cases to prove someone’s human rights have been oppressed is

The three Canadian Refugee Programs include the paths refugees take to seek protection, both inside and outside of Canada: